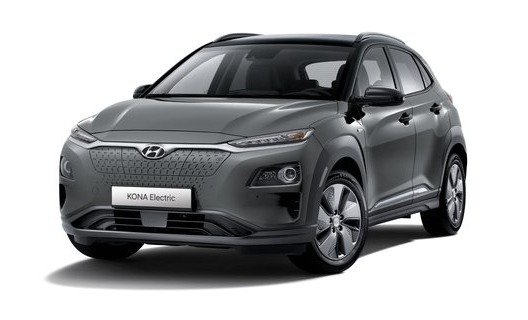 While the government has decided on voluntary corrective actions (recalls) for the three electric vehicle models of Hyundai Motor Company, battery supplier LG Energy Solutions launched an offensive by refuting the announcement of the Ministry of Land, Infrastructure and Transport. In the future, it is expected that a fierce battle with Hyundai Motor Company over responsibility and cost sharing is expected.

On the 24th, LG Energy Solutions issued a statement and said, “We plan to actively cooperate with the Ministry of Land, Infrastructure and Transport and Hyundai Motor Company to ensure that the recall action is smoothly carried out with consumer safety as a top priority.” However, on that day, the Ministry of Land, Infrastructure and Transport showed refutation on the part that revealed the results of its investigation so far.

The vehicle subject to this recall is equipped with batteries produced by LG Energy Solutions from September 2017 to July 2019. On that day, the Ministry of Land, Infrastructure and Transport explained the reason for the recall, saying, “It has been confirmed that some of these batteries may cause a fire due to an internal short circuit caused by defective cell manufacturing (folding the cathode tab).”

However, the Ministry of Land, Infrastructure and Transport said that it is conducting a fire reproduction experiment on this possibility, but that no fire has occurred so far. It has not yet been reproduced, but so far, it is said that the cause of the fire is a problem in the battery production process. If this problem is actually reproduced in future experiments, LG battery cell manufacturing failure could be revealed as the cause of the fire.

In response, LG Energy Solutions made it clear that it was not responsible for it. The company said, “The internal alignment of the battery cells (folding of the negative electrode tab) mentioned as the reason for the recall is difficult to see as a direct cause as no fire occurred in the reproduction experiment as announced by the Ministry of Land, Infrastructure and Transport. , The improvements have already been applied.”

LG also said on the day that the Ministry of Land, Infrastructure, and Land said, “The battery cell separator, which was suggested as a cause of (fire) at the time of voluntary recall in October last year, was confirmed to be damaged. It was confirmed that it was not related to the fire.” The announcement of the Ministry of Land, Infrastructure and Transport closes to the meaning that the damage to the separator cannot be excluded from the cause of the fire, so it is being investigated.

This is interpreted to be due to the burden of the cost required for the immediate recall. The recall target (26,699 units) announced on the day was vehicles sold in Korea, and Hyundai is expected to recall a total of 82,000 units, including vehicles sold overseas soon. In the industry, this cost is estimated to be a total of 1 trillion won. LG Energy Solutions is scheduled to go public this year, but setting large provisions could adversely affect the company’s valuation and hinder its success.

The immediate cost is also a problem, but the prospect is prevailing that it will inevitably face difficulties in negotiations over cost sharing with Hyundai Motor when considering future orders. The recall cost sharing ratio should be determined based on the ratio of negligence to the cause of the fire. If the cause of the fire is found to be a battery defect and bears a large percentage of the cost, there is a problem that it will be difficult to win orders in the global market in the future.

For this reason, some say that if the agreement between the two companies is delayed in the current situation where the recall has already been decided, Hyundai Motor Company, which is trying to quickly correct the situation, will promote it at its own expense and later claim the right to indemnify LG. . An official in the battery industry said, “As the differences in opinion on the cause of the fire are so large, there will be considerable pain until reaching an agreement.”