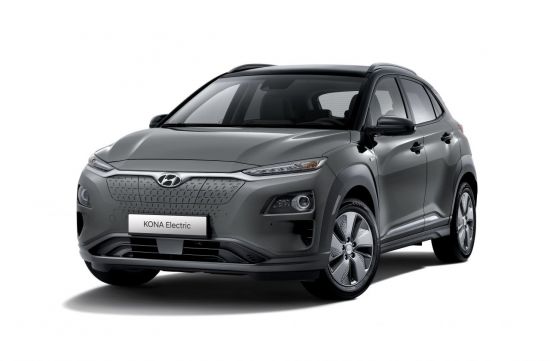 [아시아경제 김혜원 기자]Hyundai Motor Company and the Ministry of Land, Infrastructure and Transport have decided to recall all three battery systems for electric vehicles (EV) equipped with LG Energy Solution batteries. Target models include the Kona EV, which has frequent fires, and the electric buses used for public transportation, such as Electic and Ioniq.

According to the industry on the 17th, Hyundai Motor Company and the Ministry of Land, Infrastructure and Transport are planning to announce a voluntary recall plan on the afternoon of the 19th with the main idea of ​​replacing battery cells for three electric vehicles, including Kona, Ioniq, and Electic. Prior to the release of the new Ioniq 5 car on the 23rd, it is a strategy to boldly rob the brand image from the following electric car fire incidents. It is known that Hyundai Motor Company is considering a plan B plan to replace LG Energy Solution with SK Innovation’s battery.

It is reported that Hyundai Motor Company and the Ministry of Land, Infrastructure and Transport initially attempted to recall battery cell replacement only for Kona EV, but when a fire broke out in other electric vehicles equipped with batteries produced at a specific LG Energy Solution plant (Nanjing, China), it was reported that they decided to expand the target vehicle model. In the case of Ionic, about 21,000 units have been sold in Korea alone. Electicity is 263 units, and if Kona EV is added, the total number of vehicles subject to recall will increase to 100,000 units.

On the 15th, the situation is deteriorating, with the National Institute of Scientific Investigation and Hyundai Motors jointly undertaking an assessment as the Hyundai Motor Electric Bus Electic, equipped with LG Energy Solution batteries, caught fire in Changwon, Gyeongsangnam-do. This type of vehicle is also used by the Seoul Metropolitan Government for public transportation. Last month, a fire broke out again at Kona EV, which received the first recall of updating the battery management system (BMS). Hyundai Motor Company recalled 77,000 Kona EVs manufactured from September 2017 to March last year from around the world after a series of fires at Kona EV in October last year. Since its launch in 2018, Kona EV has had a total of 15 fires, including 11 domestic and 4 overseas.

If the number of vehicles subject to this second recall increases, the recall cost is expected to exceed 2 trillion won only by simple estimate. The battery price is known to be around 20 million won per unit, accounting for about a third of the price of a finished vehicle. The question is who shares how much the battery cell replacement cost. Hyundai Motor Company and LG Energy Solutions are in negotiations, but as it is delayed to identify the cause of the accident, they are struggling over the subject of responsibility. It is reported that Hyundai Motors argues that LG Energy Solution should pay most of the cost, while LG Energy Solution argues that Hyundai Motor should also share the cost.

An industry insider said, “Because Hyundai Motor Company has a moral responsibility for purchasing and installing LG Energy Solution batteries, there is an industry opinion that it is desirable to pay two-thirds of the recall cost for LG Energy Solution.” The industry estimates that this recall will take 1 to 2 years only due to the battery supply and demand problem. The Ministry of Land, Infrastructure and Transport, which chose a passive recall after investigating the cause of the fire last year, seems difficult to escape criticism by carrying out a second major recall in just a few months.